10 Mathematical Equations That Changed The World

10 Mathematical Equations That Changed The World

The 10 Equations That Changed The Course Of History

Do you know that mathematical equations affect our day-to-day lives? In fact, mathematics has been called the language of the universe that has shaped our understanding of the world in numerous ways.

Once well-known UC Berkeley mathematician Edward Frenkel had said, “mathematics directs the flow of the universe, lurks behind its shapes and curves, holds the reins of everything from tiny atoms to the biggest stars.”

Hundreds of talented mathematicians and physicists have through mathematics put the abstractions and interpretations of our world into a concrete and readable form. It allows humans to both interpret and predict their surroundings.

While there are many mathematical equations that have molded mathematics and human history, let’s have a look at 10 of them: 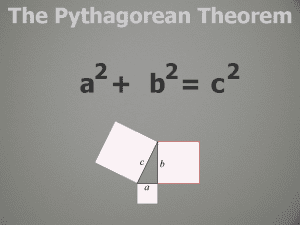 One of the fundamental principle in Euclidean Geometry, the Pythagorean theorem, also known as Pythagoras’s theorem deals with the lengths of the sides of a right triangle. The theorem states that: The sum of the squares of the lengths of the legs of a right triangle is equal to the square of the length of the hypotenuse. Currently, there are over 130 different proofs for the Pythagorean Theorem, ranging from geometric arrangements to differential calculus. 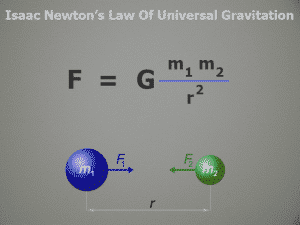 Issac Newton’s publication of the Principia in July 1687 changed the way how we look at the universe, as no one before that knew how the earth and the other planets fit together with the sun. He explained why the planets move the way they do, and how gravity works on earth and the universe. Newton not only concluded that planets revolve around each other because of gravity, but he also gave the exact formula that calculates how much force is between two large objects given their masses. Newton’s Law Of Gravity was the defacto reference equation for more than 200 years until Einstein’s Theory of General Relativity replaced it. However, Newton’s laws are still good to calculate the orbits of satellites and the paths of spaceships. 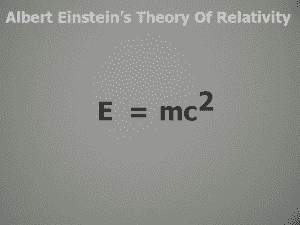 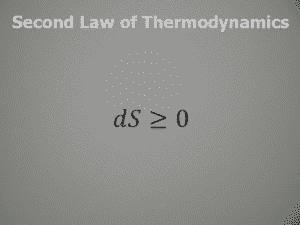 Rudolf Clausius’second law of thermodynamics states that the total entropy can never decrease over time for an isolated system, that is, a system in which neither energy nor matter can enter nor leave. The total entropy can remain constant in ideal cases where the system is in a steady state (equilibrium), or is undergoing a reversible process. In all other real cases, the total entropy always increases and the process is irreversible. It also states that whenever energy changes or moves, it becomes less useful as it keeps losing energy on the way. It has led to the discovery of inventions like electricity, internal combustion engines, and cryogenics. 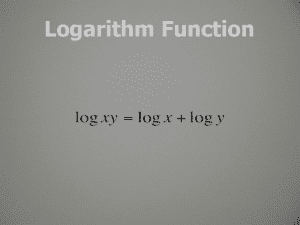 Introduced by John Napier in the early 17th century, logarithms turn multiplication into addition (and division into subtraction, and exponentiation into multiplication, and roots into division). That means the logarithm of a number is the exponent to which another fixed number, the base, must be raised to produce that number. This was the most common way to quickly multiply together large numbers, greatly speeding up calculations in physics, astronomy, and engineering until the development of the digital computer. 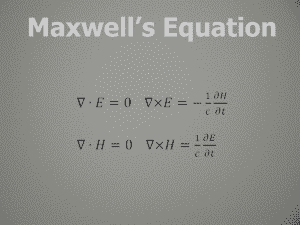 James Clerk Maxwell’s equations are a set of four fundamental forces in the world that describe the behavior of and relationship between electric and magnetic fields. First published between 1861 and 1862, by combining the electric and magnetic fields into a set of four equations they define the key mathematics behind radio waves of all types also called as electro-magnetic radiation by scientists and engineers. The mathematics applies to all electro-magnetic radiation, including low frequency radio waves, to microwave and radar, to infrared (night vision goggles), to lasers, to visible light, to x-rays and much more. 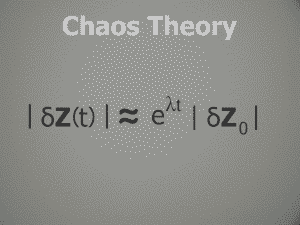 Chaos theory is a branch of mathematics focused on the behavior of dynamical systems that are highly sensitive to initial conditions. In other words, it shows how small changes can lead to consequences of much greater scale. It is used to gain greater mathematical insight into weather predictions, and into unstable systems such as turbulence in fluid flows, instability in finance and economic systems, and so on. 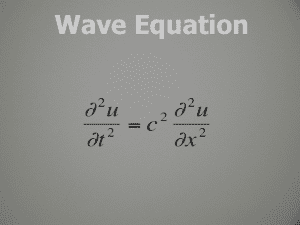 The wave equation is a linear second-order partial differential equation which describes the propagation of oscillations at a fixed speed in some quantity. It describes how a property is changing through time in terms of that property’s derivative and describes the behavior of waves. The wave equation has a great many practical applications in engineering (electrical, mechanical, civil), and physics. 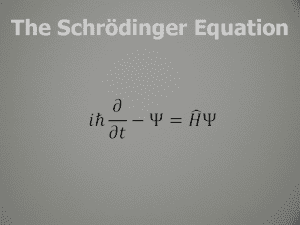 Developed by Austrian physicist Erwin Schrödinger in 1926, his equation was a significant landmark in developing the theory of quantum mechanics. The equation is a type of differential equation known as a wave-equation, which serves as a mathematical model of the movement of waves. It governs the behavior of atoms and subatomic particles in quantum mechanics. Today, all of our semiconductors (transistors, integrated circuits, Intel CPU chips, etc.) depend on the science of quantum mechanics that wouldn’t have been possible to understand without Schrödinger’s equation. It also paved the way for nuclear power, microchips, and electron microscopes. 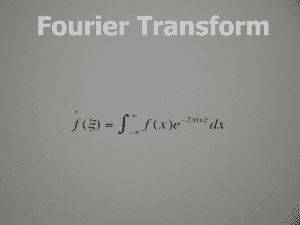 The Fourier Transform defines the mathematics that allows us to put many different signals onto one wire, or one radio signal, and to then extract each individual signal at the other end. It is essential to understanding more complex wave structures, like human speech. Basically, it helps in breaking down the complicated signals into simple waves. According to explanation by Boston University alum, Fourier theory “states that any signal, in our case visual images, can be expressed as a sum of a series of sinusoids.”

Want a Website in Under 10 Minutes? Here Are 5 Options to Do It