The Surprising Psychological Benefits of Music Listening to music can be entertaining, but is it possible that it might make you healthier? Music can be a source of pleasure and contentment, but research has also shown that there are many different psychological benefits as well.

The notion that music can influence your thoughts, feelings, and behaviors probably doesn't come as much of a surprise. If you've ever felt pumped up while listening to your favorite fast-paced rock anthem or been moved to tears by a tender live performance, then you easily understand the power of music to impact moods and even inspire action.

But the psychological effects of music can be more powerful and wide-ranging than you might assume. Music therapy is an intervention sometimes utilized to promote emotional health, help patients cope with stress, and boost psychological well-being. Some even suggest that your taste in music can provide insight into different aspects of your personality.

Music can relax the mind, energize the body, and even help people better manage pain. So what other potential benefits might music provide?

Music Can Improve Your Cognitive Performance 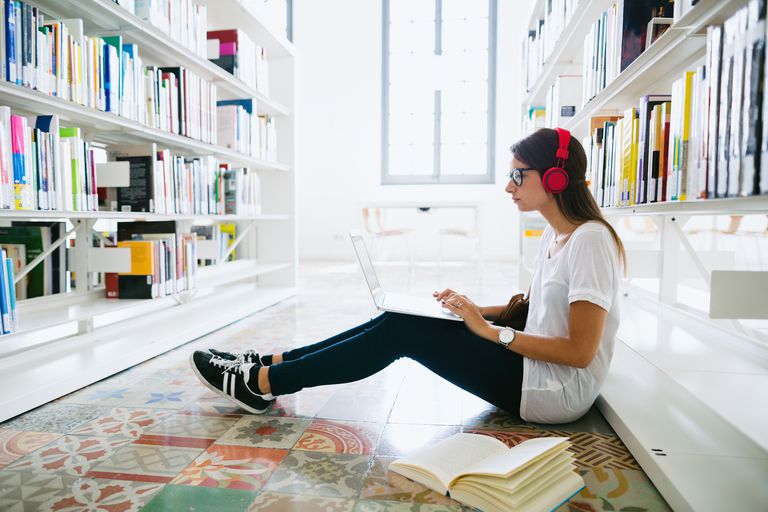 Research suggests that background music, or music that is played while the listener is primarily focused on another activity, can improve performance on cognitive tasks in older adults. Specifically, one study found that playing more upbeat music led to improvements in processing speed while both upbeat and downbeat music led to benefits in memory.

So the next time you are working on a task, consider turning on a little music in the background if you are looking for a boost in your mental performance. Consider choosing instrumental tracks rather than those with complex lyrics, which might end up being more distracting. 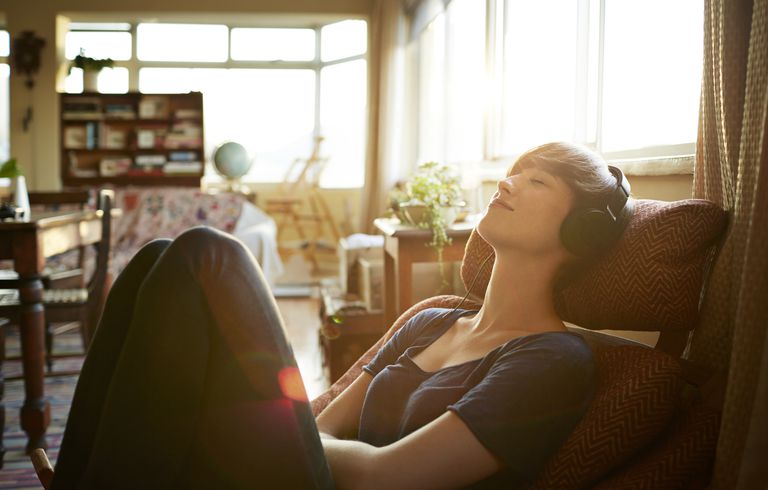 It has long been suggested that music can help reduce or manage stress. Consider the cottage industry centered on meditative music created to soothe the mind and inducing relaxation. Fortunately, this is one trend supported by research. Listening to music can be an effective way to cope with stress.

In one 2013 study, participants took part in one of three conditions before being exposed to a stressor and then taking a psychosocial stress test. Some participants listened to relaxing music, others listened to the sound of rippling water, and the rest received no auditory stimulation.

The results suggested that listening to music had an impact on the human stress response, particularly the autonomic nervous system. Those who had listened to music tended to recover more quickly following a stressor. 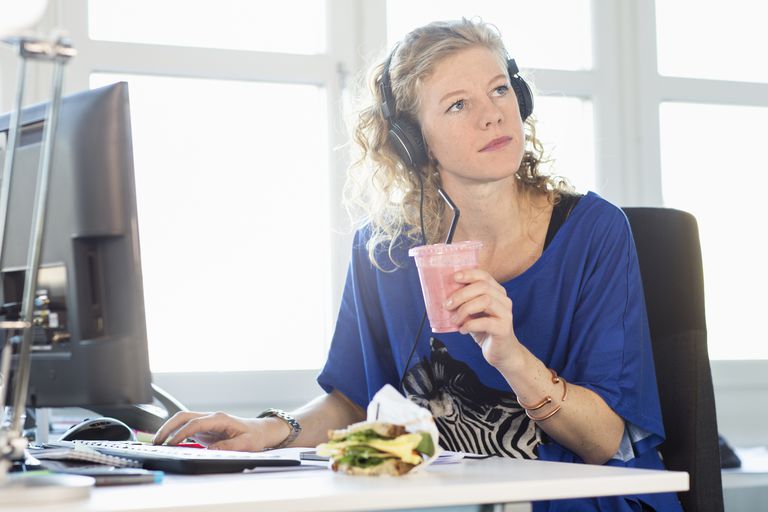 One of the most surprising psychological benefits of music is that it might be a helpful weight loss tool. If you are trying to lose weight, listening to mellow music and dimming the lights might help you achieve your goals.

According to one study, people who ate at low-lit restaurants where soft music was played consumed 18 percent less food than those who ate in other restaurants. Why? The researchers suggest that the music and lighting help create a more relaxed setting. Since the participants were more relaxed and comfortable, they may have consumed their food more slowly and been more aware of when they began to feel full.

You might try putting this into practice by playing soft music at home while you eat dinner. By creating a relaxing setting, you may be more likely to eat slowly and therefore feel fuller sooner.

Music Can Improve Your Memory 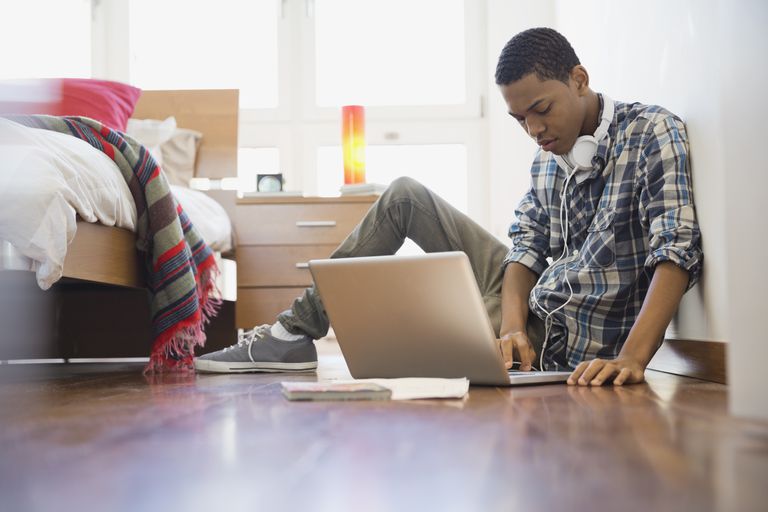 Lots of students enjoy listening to music while they study, but is that such a great idea? Some feel like listening to their favorite music as they study improves memory, while others contend that it simply serves as a pleasant distraction.

The research suggests that it may help, but it depends upon a variety of factors which might include the type of music, the listener's enjoyment of that music, and even how musically well-trained the listener may be.

One study found that musically trained students tended to perform better on learning tests when they listened to neutral music, possibly because this type of music was less distracting and easier to ignore.

Musically naive students, on the other hand, learned better when listening to positive music, possibly because these songs elicited more positive emotions without interfering with memory formation.

Another study found that participants learning a new language showed improvement in their knowledge and abilities when they practiced singing new words and phrases versus just regular speaking or rhythmic speaking.

So while music may have an effect on memory, results may vary depending on the individual. If you tend to find yourself distracted by music, you may be better off learning in silence or with neutral tracks playing in the background. 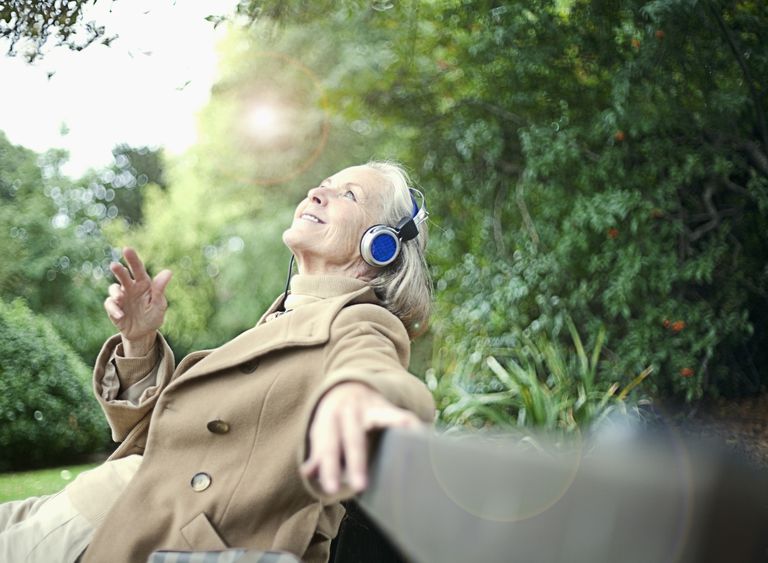 Research has shown that music can be very helpful in the management of pain. One study of fibromyalgia patients found that those who listened to music for just one hour a day experienced a significant reduction in pain compared to those in a control group.

In the study, patients with fibromyalgia were assigned to either an experimental group that listened to music once a day for four weeks or a control group that received no treatment. At the end of the four-week period, those who had listened to music each day experienced significant reductions in feelings of pain and depression. Such results suggest that music therapy could be an important tool in the treatment of chronic pain.

A 2015 review of research on the effects of music on pain management found that patients who listened to music before, during, or even after surgery experienced less pain and anxiety than those who did not listen to music. While listening to music at any point in time was effective, the researchers noted that listening to music pre-surgery resulted in better outcomes.

The review looked at data from more than 7,000 patients and found that music listeners also required less medication to manage their pain. There was also a slightly greater, though not statistically significant, improvement in pain management results when patients were allowed to select their own music.

"More than 51 million operations are performed every year in the USA and around 4.6 million in England," explained the study's lead author, Dr. Catherine Meads of Brunel University in a press release. "Music is a non-invasive, safe, cheap intervention that should be available to everyone undergoing surgery." 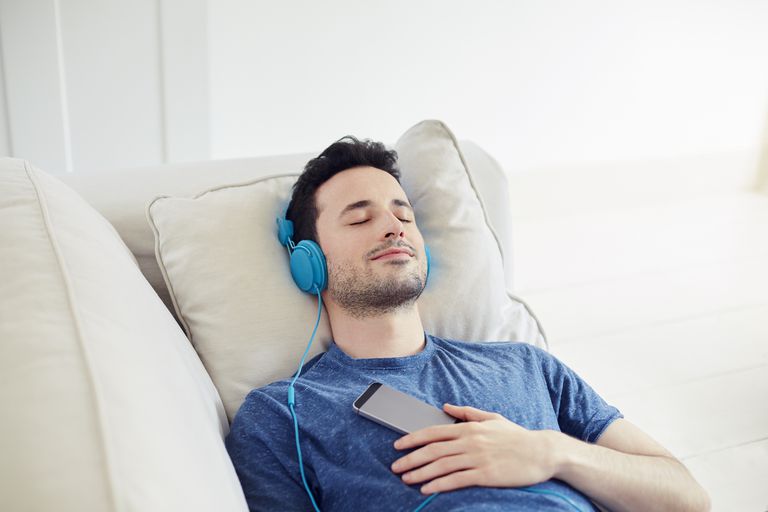 Insomnia is a serious problem that affects people of all age groups. While there are many approaches to treating this problem as well as other common sleep disorders, research has demonstrated that listening to relaxing classical music can be a safe, effective, and affordable remedy.

The researchers assessed sleep quality both before and after the intervention and found that participants who had listened to music had significantly better sleep quality than those who had listened to the audio book or received no intervention. Since music is an effective treatment for sleeping problems, it could be used as an easy and safe strategy for treating insomnia. 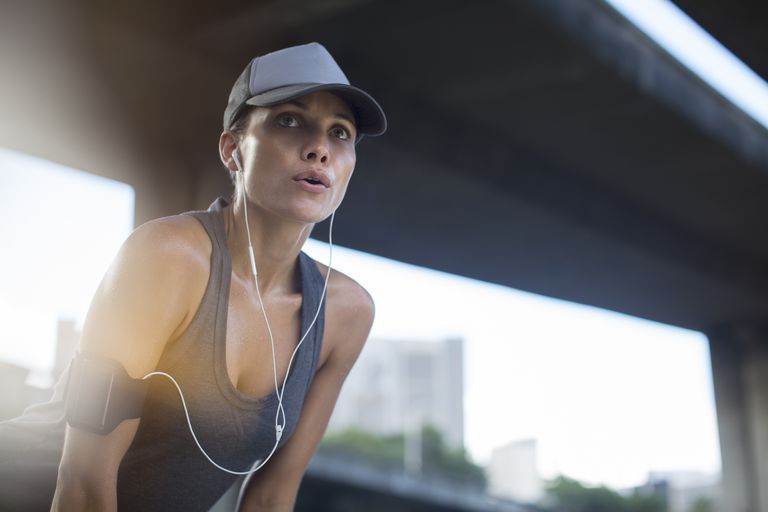 There is a good reason why you find it easier to exercise while you listen to music – researchers have found that listening to fast-paced music motivates people to work out harder.

One experiment designed to investigate this effect tasked 12 healthy male students with cycling on a stationary bike at self-paced speeds. One three different trials, the participants biked for 25 minutes at a time while listening to a playlist of six different popular songs of various tempos.

So what impact did changing the music's tempo have on factors such as distance cycled, heart rate, and enjoyment of the music? The researchers discovered that speeding up the tracks resulted in increased performance in terms of distance covered, the speed of pedaling, and power exerted. Conversely, slowing down the music's tempo led to decreases on all of these variables.

Interestingly, the participants not only worked harder while listening to the faster-paced tracks, but they also expressed greater enjoyment of the music.

So if you are trying to stick to a workout routine, consider loading up a playlist filled with fast-paced tunes that will help boost your motivation and enjoyment of your exercise regimen.

Music Can Improve Your Mood 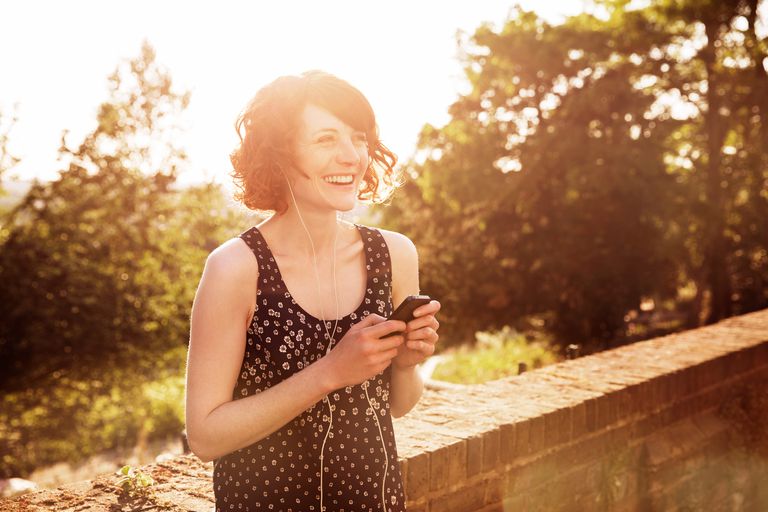 Another of the science-backed benefit of music is that it just might make you happier. In one examination into the reasons why people listen to music, researchers discovered that music played an important role in relating arousal and mood. Participants rated music's ability to help them achieve a better mood and become more self-aware as two of the most important functions of music.

Another study found that intentionally trying to boost moods by listening to positive music could have an impact within two weeks. Participants were instructed to purposefully attempt to improve their mood by listening to positive music each day for two weeks. Other participants listened to the music but were not directed to become happier intentionally. When participants were later asked to describe their own levels of happiness, those who had intentionally tried to improve their moods reported feeling happier after just two weeks. 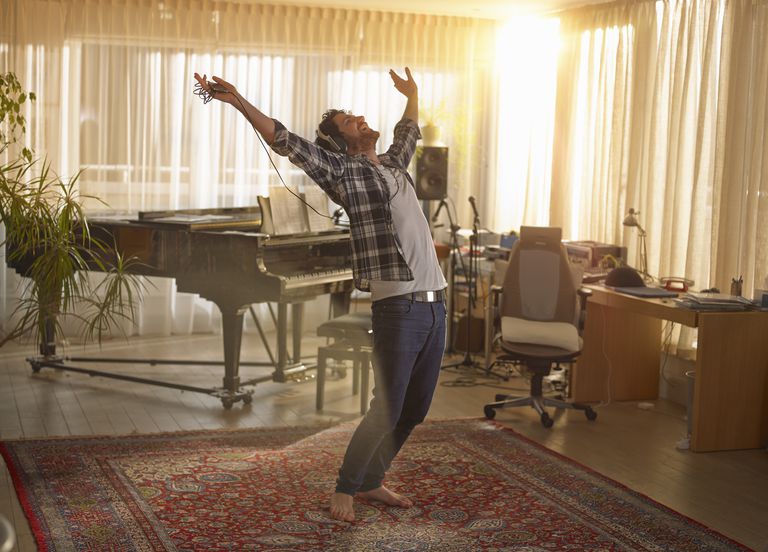 Researchers have also found that music therapy can be a safe and effective treatment for a variety of disorders, including depression. A study appearing in the World Journal of Psychiatry found that in addition to reducing depression and anxiety in patients suffering from neurological conditions such as dementia, stroke, and Parkinson's disease, music therapy showed no negative side effects, meaning it is a very safe and low-risk approach to treatment.

One study found that while music can certainly have an impact on mood, the type of music is also important. Researchers found that classical and meditation music offered the greatest mood-boosting benefits, while heavy metal and techno music were found to be ineffective and even detrimental.

Music Can Improve Endurance and Performance 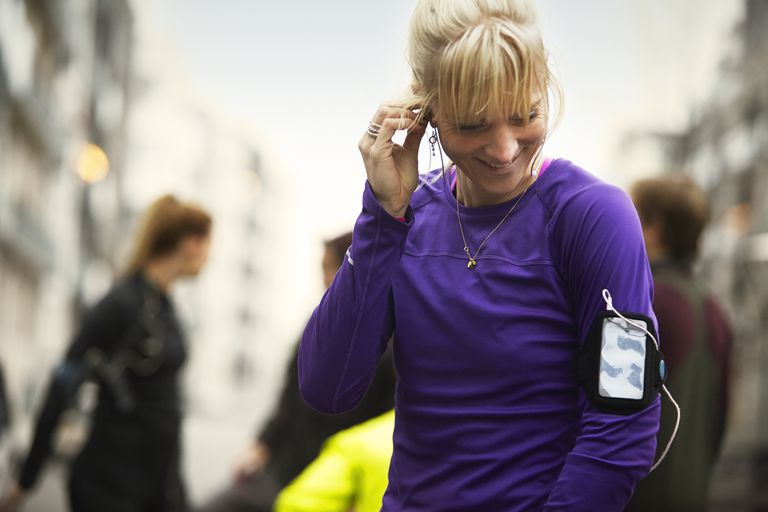 Another important psychological benefit of music lies in its ability to boost performance. While people have a preferred step frequency when walking and running, scientists have discovered that the addition of a strong, rhythmic beat, such as fast-paced musical track, could inspire people to pick up the pace. Runners are not only able to run faster while listening to music; they also feel more motivated to stick with it and display greater endurance.

According to researcher Costas Karageorghis of Brunel University, the ideal tempo for workout music is somewhere between 125 and 140 beats per minute. While research has found that synchronizing body movements to music can lead to better performance and increased stamina, the effect tends to be the most pronounced in cases of low to moderate intensity exercise. In other words, the average person is more likely to reap the rewards of listening to music more than a professional athlete might.

"Music can alter emotional and physiological arousal much like a pharmacological stimulant or sedative," explained Dr. Karageorghis to The Wall Street Journal. "It has the capacity to stimulate people even before they go into the gym."

So why does music boost workout performance? Listening to music while working out lowers a person's perception of exertion. You're working harder, but it doesn't seem like you're putting forth more effort. Because your attention is diverted by the music, you are less likely to notice the obvious signs of exertion such as increased respiration, sweating, and muscle soreness.

Music has the power to inspire and entertain, but it also has powerful psychological effects that can improve your health and well-being. Instead of thinking of music as pure entertainment, consider some of the major mental benefits of incorporating music into your everyday life. You might find that you feel more motivated, happy, and relaxed as a result

2018 World Cup: FIFA To Give Over N700m To Super Eagles Before Tournament (See Why)